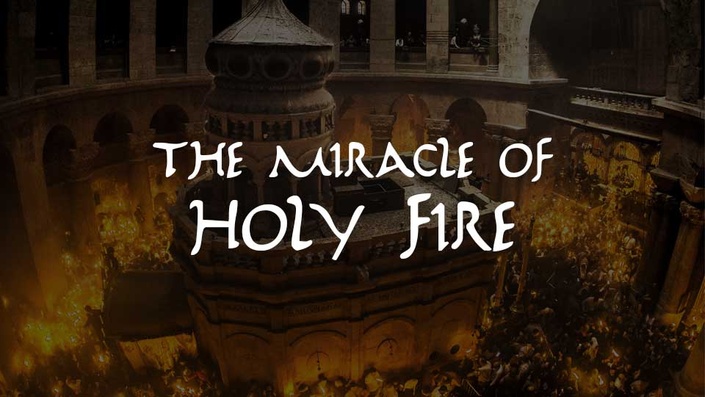 The Miracle of Holy Fire

The Miracle of Holy Fire is one of the oldest and most sacred rituals in Christianity. It is an annual miracle that you’ve probably never heard of and will likely be skeptical of if you were raised as a Protestant or Catholic Christian.

This is an Indiana Jones type adventure that explores possibly the greatest contemporary testimony of the resurrection of Jesus Christ - Christ manifesting himself in flashes of light inside the Church of the Holy Sepulchre and igniting a lamp that is inside the edicule (shrine) built over his empty cave tomb.

What is the Miracle of Holy Fire?

The Miracle of Holy Fire is a massive celebration of Jesus rising from the dead. It’s held at the Church of the Holy Sepulchre in Jerusalem—an ancient church that was built around both Golgotha (where Christ was crucified) AND the tomb that he was buried in.

Scientists have recently dated the church back to 335AD—meaning the church has been in the exact spot for 1700 years.

(If you haven't taken the course on The Tomb of Christ, I suggest you do that first. The material covered there is a necessary forerunner to this course on the Miracle of Holy Fire.)

During the ceremony, Jesus becomes present in the church in a visible way - the blue incandescent light of his eternal glory appears in what looks like flashes of lightning.

While the Greek Patriarch of Jerusalem is inside the tomb, praying for the Holy Fire to fall, the blue light settles on the tomb and turns to fire on a holy oil lamp that is sitting on the rock bed where Jesus was laid on his death.

The Greek Patriarch then lights his candles from this lamp and exits the tomb to light the candles of all the faithful gathered in the Church.

I know it sounds fantastical.

But scholars have found over 70 historical accounts of this ceremony that go all the way back to 800AD and precede the year 1450AD!

There are accounts from Muslim rulers (Saladin himself experienced the Holy Fire ceremony) and Popes (Urban II talked about this miracle in his speech that launched the Crusades) and medieval historians. 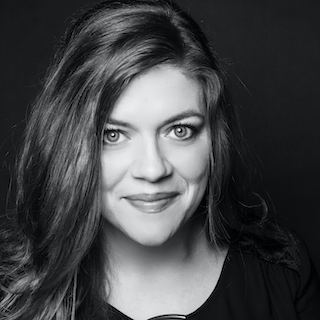 “I knew nothing of The Miracle of Holy Fire before this course, but I am so grateful for all I learned. The history, the miracle itself, the breadth of the research condensed and simply taught - it has all changed my understanding of historical Jerusalem and the crucifixion and deepened my appreciation and love for Jesus.”

Could this new knowledge transform your relationship with God?

Would it strengthen your faith to discover new proof that Jesus really rose from the dead?

Will learning about the Miracle of Holy Fire help make the most important moment in history more real, tangible, and meaningful to you?

If you’re like the millions of Christians—including myself—who have been completely transformed by this extraordinary event...the answer is a resounding yes.

For so many people, the wonder of seeing the miracle of Holy Fire inside the actual place where the resurrection happened makes Christ's history-changing act as real as if it only happened yesterday.

Our busy Western lives can feel so disconnected and removed from this far away act that happened millenia ago.

You might even feel like you’ve struggled to connect emotionally with the victory of Jesus's death and resurrection.

But when you’re able to see the tomb and experience the Miracle of Holy Fire... it makes Christ’s sacrifice—and his deep love for you—real all over again.

There are so many emotions inside the Church of the Holy Sepulchre after the ceremony of Holy Fire. People cry overcome by the deep love of Christ. They sing with tears of joy because the resurrection has become real and vivid to them.

In this course, I’ll walk you through the history of the Miracle of the Holy Fire in a way that allows you to experience it for yourself. 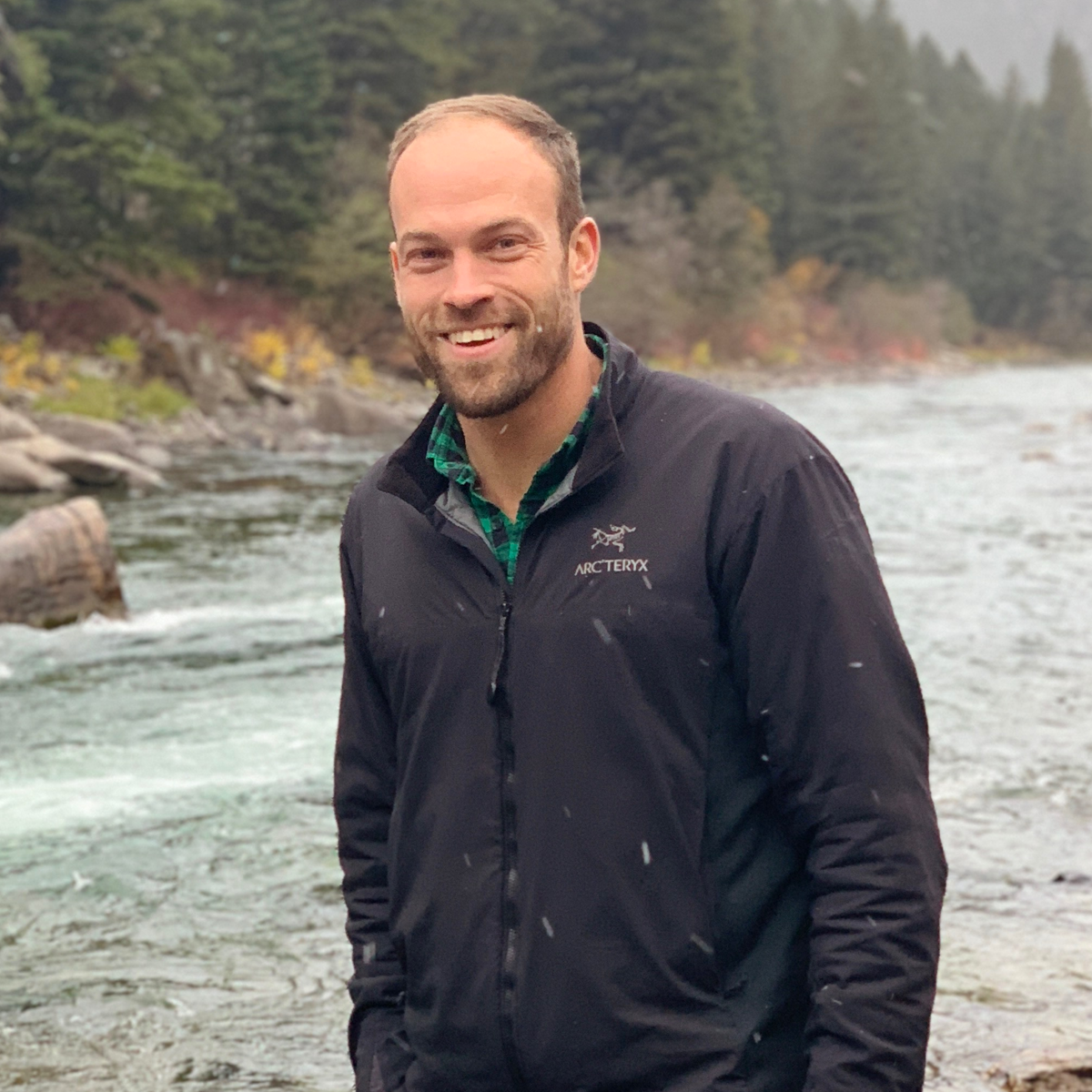 Nate graduated from the Air Force Academy in 2006 and went on to receive a Masters degree from Sciences Po in Paris, France two years later. He served as a Captain in the Medical Service Corps at Langley Air Force Base and deployed to Afghanistan as a mentor of medical logistics to the Afghan National Army.

After getting out of the Air Force in 2011, he became a Bible teacher for three years where he dove into church history and theology, trying to understand the differences between all the various Christian denominations around the world.

Through his time living abroad, Nate became close friends with Catholic and Orthodox Christians from Greece, Serbia, Egypt, and Armenia who shared with him the importance of the miracle of Holy Fire. Nate experienced it for himself in 2017 and again in 2018 and has spent the last three years researching the history of both the church of the Holy Sepulchre and the Holy Fire ceremony.

Who Is This Course For?

It’s for those who have been burned by the Christian Church - for those who formerly self-identified as Christians but have become disillusioned with Christianity and no longer believe that it’s really true.

It’s for those who persevere in their belief in God and yet feel frustrated with the oftentimes shallow and hip versions of Christianity presented to us in the West. For those who have become numb to rock concerts and self-help messages. For those who long for transcendence and connection to the Divine, Almighty God.

It’s for the intellectually curious - non-Christians and Christians alike - for those of us whose faith is strengthened by researching the physical evidence behind Christianity, and who want to investigate the history of the Church (universal) as well as the history of this specific church built over Christ’s tomb.

It’s for those of us who want to mirror Christ, to become like him, to live a crucified and resurrected life.

If that sounds like you, click the button below to enroll in the course—and see for yourself what millions of others believe to be one of the most important events in all of Christianity.

“For Any Reason” 30-Day Money-Back Guarantee:

Listen—I get that you might be hesitating to jump into a course when you don’t know if you’ll even get anything out of it. That’s why I’m willing to make a gamble: Join me here, and if you don’t like it for any reason within the first 30 days, just email me and I’ll make sure you get 100% of your money back. Yes, even if you go through the entire course. I do this so you can have a safe way to check it out, without feeling any risk. This is about your growth. And you’ll never know the powerful ways this could transform your relationship with God until you get off the fence and try it out, risk-free. So if you’re interested at all, give it a shot—knowing you can get your money back for any reason!